How we obtained the organ

The magnificent 1882 Hook & Hastings Organ, Opus 1111 build, currently graces our sanctuary. Its dedication at Murray Unitarian Universalist Church in 1992 was the culmination of an extraordinary project. In 1977, the Music Committee began to investigate the repair or replacement of the 1957 Estey tubular-pneumatic pipe organ. After securing estimates of costs, the Music Committee recommended the purchase of a new organ. In 1987 the organ project was incorporated in a comprehensive capital funds campaign, and the newly-formed Organ Committee continued the investigation. In 1989, after considering different kinds of organs and the financial resources of Murray Church, the Organ Committee recommended purchasing a rebuilt tracker organ, which would be affordable, long-lasting, and musically satisfying. We selected the Andover Organ Company and Robert C. Newton to rebuild an organ, and we registered our search with the Organ Clearing House (Harrisville, NH, Alan Laufman, Director).

We are grateful to our former minister, Harold Babcock, for his leadership, support, and encouragement of the organ project. We thank the Reverend Frederick Gillis, Barbara Owen, and Carlton Russell, Professor of Music at Wheaton College, for their valuable advice.

Through the good services of the Organ Clearing House, we located the 1882 Hook & Hastings organ at

During 1991 the Organ Committee worked with the Property Committee and other Murray Church members to plan for the installation of the organ, while fund-raising continued. Bob and Sandy Wilson constructed a beautiful model of the chancel to help us to visualize renovations and placement of the new organ.

Preparation of the chancel was carried out during the summer of 1992, when more than sixty Murray Church members and friends contributed their time and talents (see the Universalist, March 1, 1993). Major credit for the success of the preparation project is due to Greg Cauldwell, who supervised the renovations. Special thanks also are given to Gus Pearson, Molly O’Donnell, John Hourigan, Roy Belcher, Frank Blackbird and Pret Stevenson, who took responsibility for particular areas. Martha Auerbach and Mary Whelan coordinated the project.

The organ was rebuilt and expanded by Bob Newton and staff at the Andover Organ Company shop, and then it was brought to Murray Church in August 1992. We appreciate the artistry and excellent craftsmanship of Mr. Newton, who has taken great care in providing a fine instrument for our church.

Many people have contributed time, talent, and money to the organ project. It has been a wonderful cooperative experience. We are rewarded by the sound of the Hook & Hastings organ when it is played by our Director of Music Dennis Ferguson and other organists. The inspiration and beauty of the music continue to enrich our services and the musical life of Murray Unitarian Universalist Church now and for future generations.

Per the Organ Historical Society Database*, we have the following information about our organ:

The present specifications of the E. & G. G. Hook & Hastings Organ as rebuilt and enlarged by the Andover Organ Company are as follows:

The Andover Organ Company was founded in 1948 as a direct result of the Andover Organ Institute, a summer school located on the campus of Phillips Academy, Andover, Massachusetts. The Institute served to reintroduce the mechanical or tracker action organ into the United States. Since 1959, Andover has dealt almost exclusively with the tracker organ, building new instruments and rebuilding and restoring older instruments.

We are fortunate to have Bob Newton of the Andover Organ Company taking care of our organ. One reason for our purchase of a tracker, or mechanical organ instead of an electronic organ, was the possibility of making minor repairs ourselves. Recently a note was not playing and we called Bob who oversaw the purchase and installation of the 1882 Hook & Hastings organ in our chancel in 1992. Over the cell phone, Bob instructed us how to find the clogged pipe inside the organ, take it out and run a dollar bill between the pipe and the piece of metal which vibrates to produce sound (U.S. currency paper is the freest of lint). The operation was successful and we had no cost for the repair. Here is some information about Bob:

Robert C. Newton
Bob, a Vermont native, was a mathematics major at the University of Vermont. He is presently a part-owner of the company, and as director of the old organ department has been in charge of the restoration of several large and important organs, including the 1866 E. & G. G. Hook at Old South Church in Newburyport, MA, and the 1852 E. & G. G. Hook at the Unitarian Church in Bridgewater, MA. He is a nationally recognized authority on E. & G. G. Hook and Hook and Hastings organs. He has served as a member of the National Council of the Organ Historical Society and has served the OHS on several convention committees. His home is a renovated church in Methuen, MA, where he has collected many antiques and musical instruments.

Thank you to Mary Whelan – In 2007, Mary Whelan established an Organ Fund at Murray Church which will not only pay for the annual maintenance of our magnificent pipe organ but also provide scholarship money to train potential organists.  All of us at Murray appreciate her generosity and giving spirit.

Miracles, Schmiracles…… Jesus supposedly raised Lazarus from the dead, walked on water, fed 5,000 people with a few fish and a handful of bread loaves. He exorcised demons, and healed the blind, the sick, and the lame….. The Bible is filled with...

END_OF_DOCUMENT_TOKEN_TO_BE_REPLACED

RE for the Upcoming Month

Calendar for RE Nov 27 - Religious Exploration for Children.  NO Youth Group but Teens are invited to remain in service or work on pageant preparations. Dec 2 - Family Night Fellowship: "Gifts from the Heart". Join us for family dinner and a gift...

END_OF_DOCUMENT_TOKEN_TO_BE_REPLACED 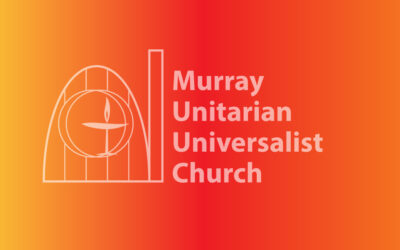