In 1875 the Rev. J.D. Pierce from the First Universalist Church of North Attleboro began preaching at Union Hall for a growing number of Universalists in East Attleboro. The North Attleboro church was “full” so Rev. Pierce and other visiting ministers would travel to preach to those on the east side of town. After Rev. Pierce’s service on May 16, 1875, a committee of five was created to look into holding regular services over the summer.

This group consisted of many recognizable names from Attleboro’s history: Charles E. Hayward, A.W. Sturdy, H.N. Richardson, George A. Adams, and W.A. Beatty. On Saturday, May 22, 1875, a second meeting was held at Union Hall to begin raising funds for a minister. The campaign was successful, raising nearly all of the money needed to secure a clergyman.

In addition, member Edwin J. Horton began the construction of a building that would dedicate its second story for Murray’s chapel. This building still stands on 40 North Main Street; you might recognize it as Eastern Supply Company. The new building was dedicated on December 16, 1875. This would be the home of Murray Parish for almost 10 years. As the parish grew, so did its need for a larger structure Land was purchased at the juncture of Main and County Streets at the center of town in 1881. The ground was broken in October 1884 and the cornerstone laid in December 1884. This red sandstone cornerstone was later moved to the new church site at 505 North Main Street and is incorporated into the campanile.

The Queen Anne style church was designed by architects Gould & Angell of Providence and built by local builder William H. Goff. Although the church was completed in 1885, the official dedication ceremony did not take place until May 13, 1887, when all bills were paid in full. An addition was added in 1907 to the south side. However, by the 1950s Murray once again began to outgrow its deteriorating building.

In 1954 Murray Church voted to leave its home on South Main Street and purchased a lot the following year just one mile north at 505 North Main Street. Hopes for a “New England” style church were dashed due to the expense, but with the hope that the land and building would be paid for before the parish moved into its new building. The more modern and less costly plans were designed by architects Washburn, Luther, and Associates and built by Dimeo Construction Company. The ground was broken on March 24, 1957, and the building was completed and ready for service by December the same year. In 1967 the school rooms were added at the backside of the building to accommodate the growing church school.

The old structure was torn down in February 1958 and is now the site of Mullaney Twins Memorial Parking Lot across from Morin’s Diner. Several details from South Main were salvaged and carried to the new church. The three stained glass windows and hanging lighting fixtures in the sanctuary once adorned the old church and the bell from its tower is now the centerpiece of the Memorial Garden.

Although there are innumerable events in the history of Murray Church there are several that are noteworthy. In 1926 fire at Pilgrim Unitarian Church caused the congregation to close their doors. Dwindling numbers forced them to disband, but several members joined Murray and brought funds that contributed to the building of 505 North Main. Our campanile is dedicated in memory of their generosity. In 1962, Murray voted to join the newly formed Unitarian Universalist Association. Also merging with Murray was the congregation of the Community Church of North Attleboro in 1980. The early roots of Murray stem from the overflow of Universalist of North Attleboro spreading out to the east. The church sign is dedicated in honor of them.

In May of 2015, Murray celebrated its 140th “birthday” as a church and installed our 19th called minister. As we look forward to a successful and fulfilling future, let us not forget the historic events that built Murray into the place many call home. 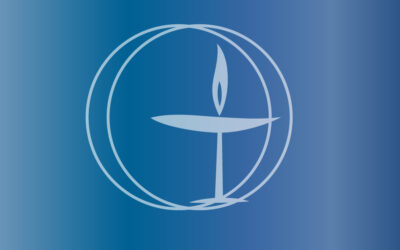 Miracles, Schmiracles…… Jesus supposedly raised Lazarus from the dead, walked on water, fed 5,000 people with a few fish and a handful of bread loaves. He exorcised demons, and healed the blind, the sick, and the lame….. The Bible is filled with...

END_OF_DOCUMENT_TOKEN_TO_BE_REPLACED

RE for the Upcoming Month

Calendar for RE Nov 27 - Religious Exploration for Children.  NO Youth Group but Teens are invited to remain in service or work on pageant preparations. Dec 2 - Family Night Fellowship: "Gifts from the Heart". Join us for family dinner and a gift...